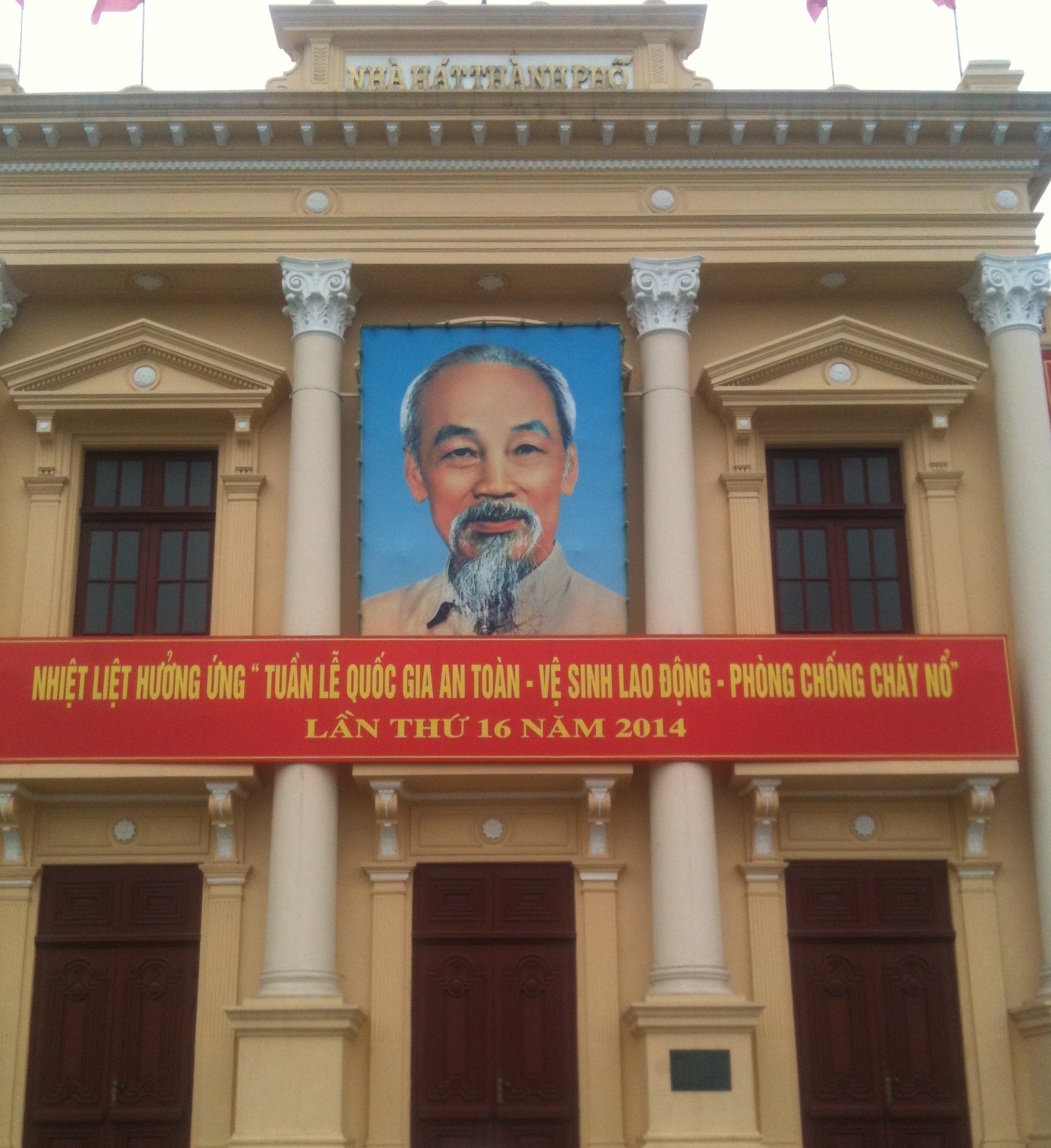 The sleeper bus reached Hai Phong City 15 hours later. The day before must have been the longest day of my life. I thought it was no better when a “xe om” rider showed us a place which I thought was worse than a toilet. Luckily, we decided to get out of it and checked in into a hotel which was also near the Nem Nghia bus station.

It was cold outside but we still decided to take a taxi to the Hai Phong’s Opera House. From then we walked and found a place called “Bánh đa cua Bà Cụ” (famous for Hai Phong type of noodles).

After lunching, we went around to visit some temples and pagodas at Le Chan District.

In the evening, we had some snails for dinner, and enjoyed the hot dessert “sủi dìn” (a type of “chè trôi nước”, similar to the Chinese’s tangyuan).

Unluckily, my sis’ plane from Hai Phong back to HCMC was cancelled due to the weather. She was told to depart from Noi Bai Airport in Hanoi. Hope she would be fine on the bus back there.