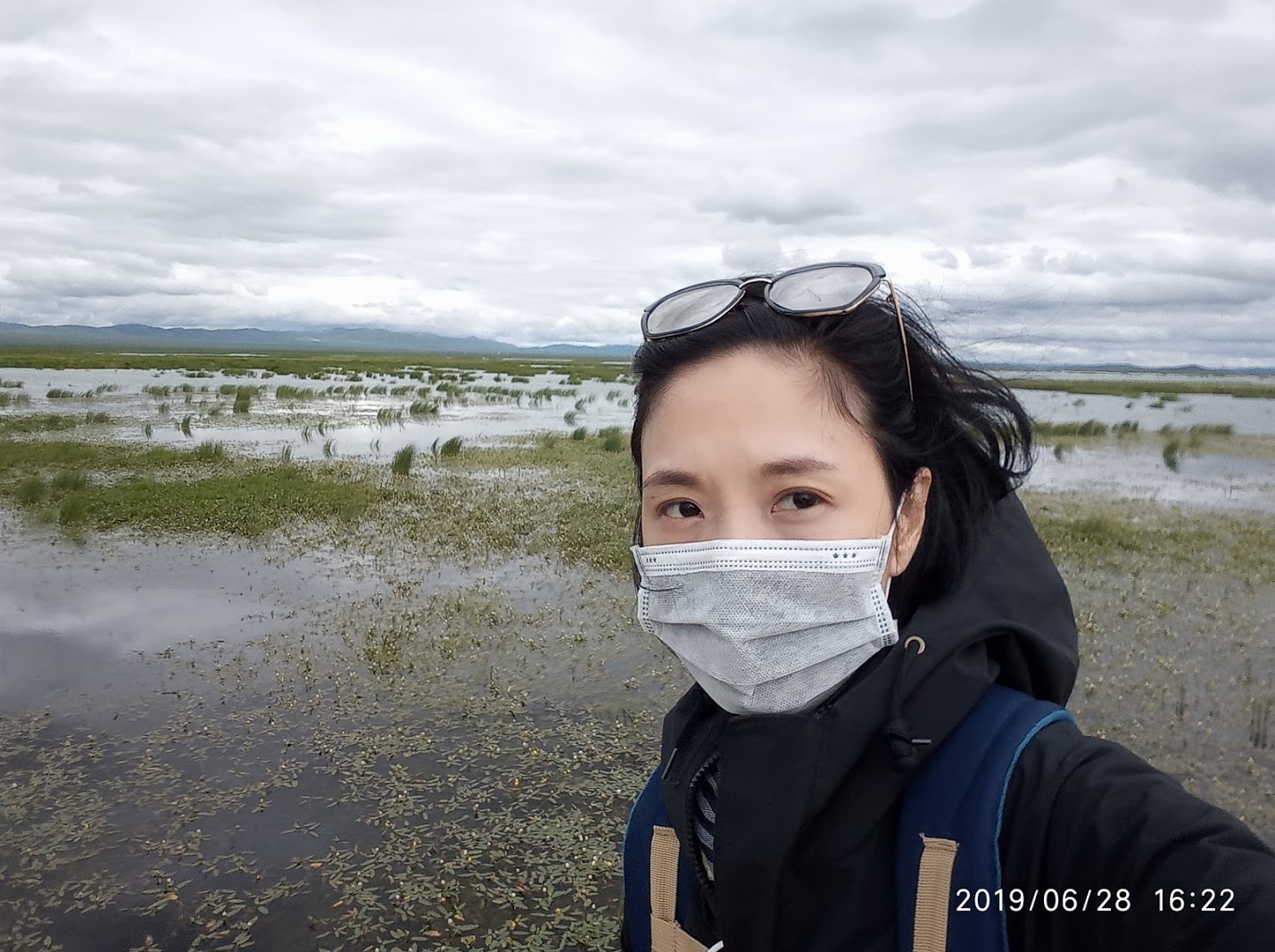 After one third of the journey, I discovered that I was able to buy a ticket, make a reservation, ask for directions, order food, etc. with my improving Chinese.

Though the bus departed at 10:00AM, it reached Zoigê Grassland aka Ruoergai Marsh at 12:30PM. As I was at a higher place than Songpan, I saw no trees, only grass, goats, yaks, and tents which reminded me of Tagong Grassland in the Garzê Tibetan Autonomous Prefecture.

I thought I would be here at 2PM. Luckily, I had enough time to find out the bus to Langmusi at 2:30PM also passed Huahu/Flower Lake. So I bought the ticket for 21 yuans (26 and we could go to Langmusi).

A woman took us to their hotel. 4 of us shared the 2 bedrooms in a room. I didn’t feel at ease but I hope I could sleep tonight.

I then found a big restaurant where many people was having lunch. I decided for a bowl of beef noodles. Hmmm, too much noodles and too little beef. Too salty as well.

We strolled around the bus station as we waited for the bus. Zoigê had something that reminded me of Kangding, maybe because it wasn’t as dull as I had thought. It had so many uptown-like stores. Maybe I was the first Vietnamese to have been to this town.

It took us 45 mins on the bus to be at the so-called Ruoergai Wetland National Nature Reserve. Because it was rather late, I was worried of the bus going back, I asked some travelers to find out how much time needed for this place. It took me 2 hours instead of 1 like they said.

It was so cold and windy here (8-9 degrees celsius) despite sunshine, with not many flowers to see. If I were here in late July (as my initial plan), flowers would be in full bloom. However, I’d never seen so many gesanghua in the wild like in here.

When I was walking and waiting at the gate, I found out there was no bus back to Ruoergai. The taxi driver from Langmusi didn’t accept the bus fare. We went back to Ruoergai with 100 yuans (25 each). From what the driver said, I guessed Langmusi was not so far away.

Finally, I had a normal rice meal with eggs and tomato soup which cost me only 5 yuans in a Ruoergai restaurant.