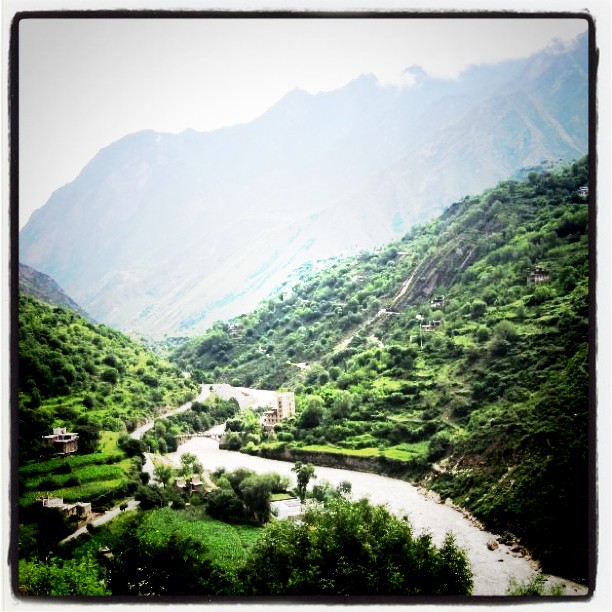 Alex and I met Gal at the bus station where we tried to buy 2 tickets to Ganzi aka Kandze. Gal was on the bus with us. There was another fireworks when the bus was about to start for Ganzi. It took us 11 hours to reach there. The bus stopped a few times at nowheres. Once, the bus driver stopped to take a nap while waiting for the other driver to come back.

The sky was clear somehow, but it still rained in the afternoon. I slept a lot on the bus. My shoulders were burned a bit due to the sun yesterday.

Actually, I didn’t know why we went so far to this town. Maybe just because the name sounded similar to the prefecture.