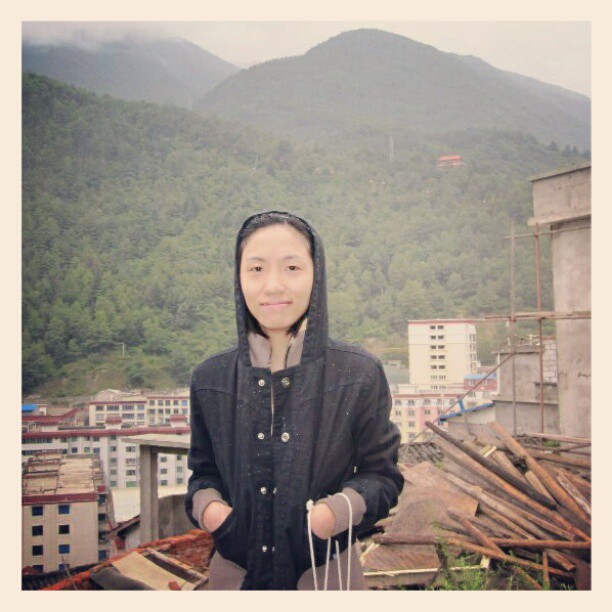 In the hostel, I heard that there was no bus to Garzê aka Ganzi. After discussing, Alex chose to go to Litang instead.

And then he decided to trek the mountain behind the hostel. We headed downhill for some food like Chinese pizzas, then went up to begin our journey. I didn’t know that it would be so hard to hike up a mountain. I was so surprised by Alex’s health. He might look like a nerd, but he was indeed a sportsman. We made it to the top around noon. The feet were like stone in my mouth, but I felt so happy and proud of myself somehow.

I was wrong again to think that going down was easier. The damn shoes hurt my big toes too much that I felt nothing at my feet on the latter half of the journey. Somewhere along the line, I couldn’t stand no more and decided to walk barefoot despite Alex’s objection. What a relief! One hour of walking barefoot was a lot easier to me.

I intended to take the cable car in the afternoon, but because of my slow speed, we finished the hike too late, so I decided to delay the cable car visit until next morning.

Before dinner, I watched “The soloist part 2” movie with Alex. We wandered around after that, then hesitated but finally chose a rice restaurant. They served rice with spinach and tofu. We ate on the street, not even the sidewalk. People were staring at us, mostly at Alex, I guessed.

In the end, Alex’s destination moved from Litang to the Tagong because rumor had it that there would be a horse festival the day after tomorrow.

P.s.:
From zhilamhostel.com, I found out the mountain behind the Zhilam Hostel was called Bai Tu Kan. (updated on December 14, 2011.)